This campaign was created in the lead up to the 2013 Tour de France to promote the health benefits of salmon. The basic plan of attack was to react to the then recent Lance Armstrong controversy, which was top of mind during the Tour, positioning Huon salmon as the legal and natural performance enhancer.

The campaign launch got great coverage on the 6 o’clock news and news breaks during the evening. It also was on the front page of The Mercury.

The TVC which aired on SBS nationally during the coverage of the tour was a favourite amongst tweeters, some of who claimed it the ‘best #sbstdf tour ad’. 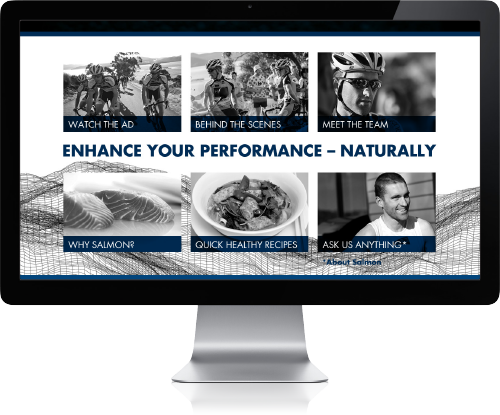 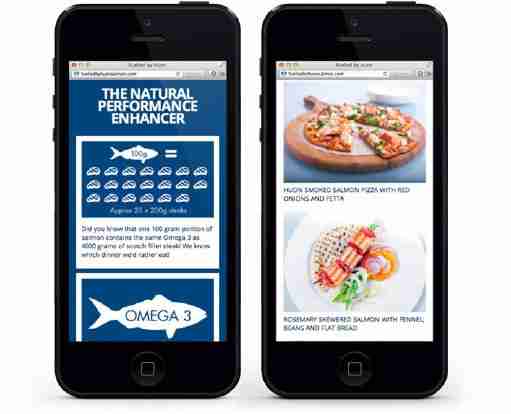 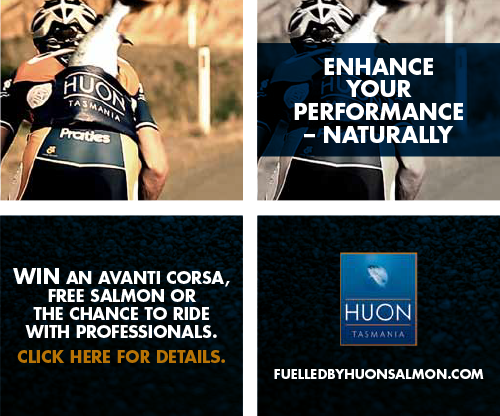 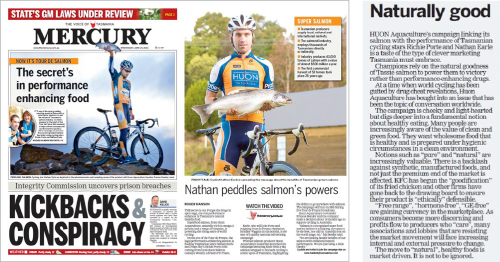 “No matter the budget, we can always count on the BC team to think outside of the box and deliver outstanding work.”

Before Creative is a graphic design, web design and advertising agency located in Hobart, Tasmania. We produce considered designs and engaging ideas that live in digital and traditional media.